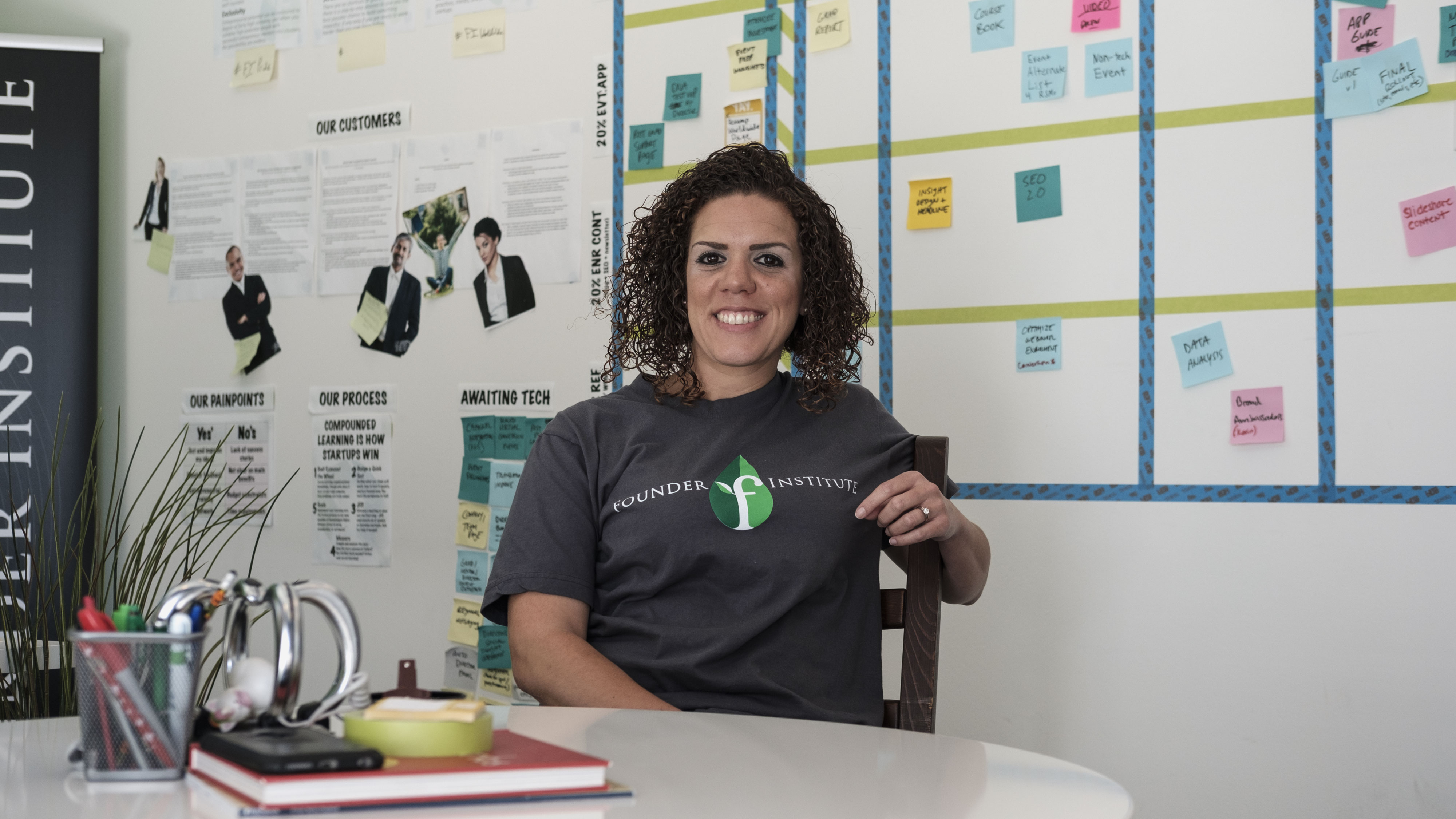 I joined the Navy out of the DC/Maryland area at the age of 17 in 2001. 9-11 happened while I was in-processing at bootcamp, so the speech we received was pretty memorable. With that, the whole world changed and I soon finished bootcamp and got orders here on the west coast.

Shortly after arriving, I was diagnosed with osteoporosis and sent to shore duty in Norfolk. Due to my medical condition, I started out as an undesignated fireman, which is the grunt of the Navy. Later on I worked port operations in Norfolk, so I handled all the ship movements and ran operations for all the ships coming in and out. After not being able to heal from my injuries, I ended up serving only two years in the Navy, then medically discharged.
‍

How was the transition from the military for you?

I had no intention of ever getting out early, I was forced out with no plan other than the GI Bill. I figured I’d use that, but as a first generation college student with no network at all, I quickly had to learn everything on my own.

I made every mistake possible a college student could make. I mean every mistake possible! I fell prey to the predatory schools because I just didn’t know any better. I also didn’t know the importance of leveraging my college alumni and veteran networks. Another mistake I see a lot of veterans make is they’ll get out and use their GI Bill for the same thing they did in the military, or to do something completely different. They don’t allow themselves time to really explore.

I believe that if I would’ve had access to Bunker Labs or moved to Silicon Valley 10 years ago, I would’ve already had two startups by now. The mindset here in the Silicon Valley has allowed me to grow ten times faster than I would’ve anywhere else. With that in mind, I have dedicated my entire career to higher education and to help veterans from making all the mistakes I did.

I’m also the executive director for the Bunker Labs Bay Area chapter, which is a national non-profit. I run the ecosystem and veteran entrepreneurs by hosting monthly happy hours and a yearly large event; that is actually coming up on October 25th. We really want to inspire the next generation of veteran entrepreneurs. Think of Bunker Labs as a place to be inspired, a place to go with no constraints or fees attached.

The third thing I do is The Paradigm Switch, which is a non-profit providing veterans and military spouses access and financial support to prestigious certifications that teach targeted, on-the-job vocational skills-based programs. Basically disrupting the whole GI-Bill and higher education system. I’m taking my background in higher education and realizing that there’s a skills gap in our country: six million jobs are unfilled and there are things we are not teaching in higher education that a lot of these skills-based programs are. Our veteran community doesn’t have access to these programs because the GI-Bill doesn’t cover it. The Paradigm Switch is partnering with Shift to make sure veterans who work with us, find jobs and internships afterward.

Everyone here from the top down is super motivated to change the world. Everyone has a really strong passion and is mission driven for what they want to do, for example: helping more women and veterans get into entrepreneurship.

In terms of the actual program, if someone wanted to become an entrepreneur and join Founder Institute, the difficulty level is very much like Navy Seal training for entrepreneurship. It’s the hardest entrepreneurship program on the planet, so if you make it thru, you will be a very strong founder. I think veterans resonate with that structure of 14 weeks of difficulty to get your business to a much better state. By the time you exit our program you have an incorporated company with some traction, revenue, customers and product roadmap.

The most common mistake I’ve seen, working in veteran services, is service members thinking they know how the process of transitioning works and later find out that it is nothing like that. Wrap your mind around the idea that the military mindset is not how the majority of the world works. I often find that our idea of average is still way above average for most people. Understand that jobs aren’t found just by clicking on Indeed.com anymore. Jobs are found through referrals, through a network.
‍